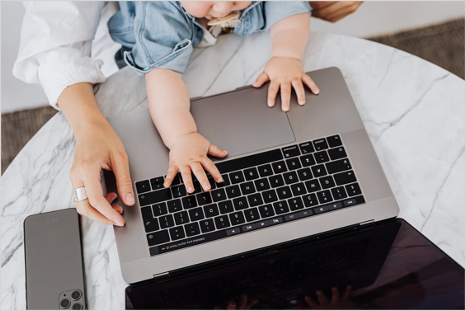 A chief executive officer, the highest-ranking person in a company or other institution, ultimately responsible for taking managerial decisions [1].

When I say ‘CEO’, what’s the first name that pops into your head? Is it Mark Zuckerberg or Jeff Bezos, perhaps it’s Richard Branson? Maybe it’s not any of those but am I right in saying the person you thought of is male?

So why is it that females such as Julie Sweet (Accenture), Sonia Syngal (GAP Inc) and Susan Wojcicki (YouTube) aren’t the first ones to pop up in our heads, despite being CEOs of large corporations? (Observe that the company name is inserted after each female name.)

The fact is female CEOs are scarce. Don’t get me wrong, yes, there is increased publicity around people like Mark Zuckerberg, Jeff Bezos, and Richard Branson but, since there are so few female CEOs, shouldn’t we, without a doubt, remember their names? Unfortunately, it’s not that simple. For one, the scarcity issue does not mean that there aren’t opportunities for higher positions available. What it means is that regardless of whether they exist, many women don’t find them obtainable. Now the real question is why that happens.

Unsurprisingly, one explanation is personal responsibilities, namely motherhood, and as a domino effect, loss of workplace knowledge. Motherhood leaves our potential female CEOs with insufficient time to maintain their professional duties alongside their personal obligations. During this time, their male counterparts may gain the upper hand, with reference to skills and experience in their respective fields, further declining the likelihood of females in leadership positions.

However, research from mid-2019, published by Berlin Cameron, Kantor (both consulting companies) and The Female Quotient (a corporation focused on developing workplace equality), suggests that this notion could be incorrect. Their publication, adeptly named ‘Reframing Motherhood’, raises doubt for the supposed motherhood ‘penalty’. April Daniels Haussar, the managing editor of Romper, discusses her take on this research. She highlights how motherhood could lead to the prosperity of female career progression, especially if there is a change in our mindset [2] – certainly, a thought-provoking read if you have the time!

One section is particularly interesting- the research found that employees who were non-parents before and subsequently after their female boss had children, considered their bosses to be more ‘time-efficient, flexible, and responsive’ after motherhood. I won’t go into extensive detail but isn’t it refreshing to have light shed on why motherhood should be welcome in the workplace?

Having said this, the Institute for Fiscal Studies [3] found that by May 2020, British mothers were 1.5 more likely to have resigned or been made redundant since March 2020, in comparison to fathers. How many of those mothers could hold competencies that are desirable for leadership positions? How many of them went unnoticed because they were mothers? How many of them could have been our next CEOs?

We should be pushing for female career progression, encouraging it further even after motherhood so that we are not compressing mothers into a box. We need to set our priorities straight, especially if we are permitting talented individuals to fall short of reaching leadership positions due to our inability to support their professional and personal commitments.

Support, it’s invaluable. Encouragement is necessary. It allows our women to acknowledge what they have to offer, to rightfully grab what is theirs, and build the confidence to say, I am the next CEO.